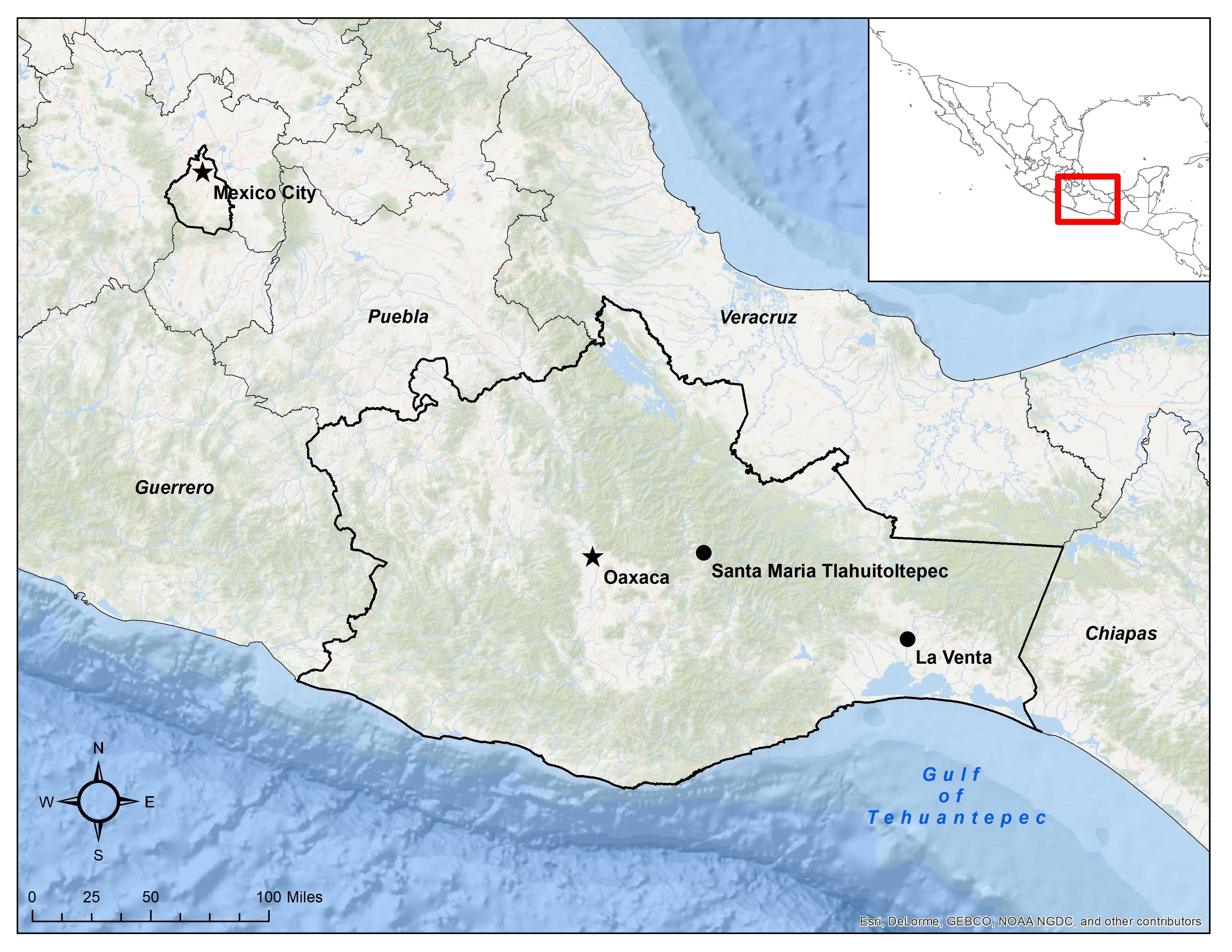 Oaxaca, as the most biodiverse state in Mexico and ranked the third most economically marginalized state, has attracted international interest for its potential for mitigating climate change while promoting sustainable development. Carbon market mechanisms allow wealthy countries to offset their carbon emissions by transferring the burden of reducing greenhouse gas emissions (GHG) to places like Oaxaca, through monetary incentives that fund GHG reduction projects.

Recent research by GES Professor Miriam Gay-Antaki examines the convergence of environment, gender, and development through a study of a wind-energy project in the municipality of La Venta, and a small-scale reforestation project in the municipality of Tlahuitoltepec. The ad hoc incorporation of women into these projects created unwaged activities via “women’s work”.  The projects did not involve women in decision-making or leverage them economically.  Carbon projects consolidated gendered regimes of differential access to markets and economic opportunities reifying property tenure structures, exacerbating gendered inequalities.

Yet this research in Oaxaca also highlights how women who are involved in carbon-market projects, far from being vulnerable victims in need of aid, actively manage, negotiate and transform global discourses around gender and climate change so that they become meaningful in their every-day lives.

Negotiating gender within climate change mitigation efforts is not only an activity relegated to women in Oaxaca, but also happens at the highest levels of global society, as Professor Gay-Antaki has found in her research conducted at the Conference of the Parties, in which the United Nations formally addresses climate change.  In this setting, certain meanings of gender dominate over others.

Map of the Moment Archive