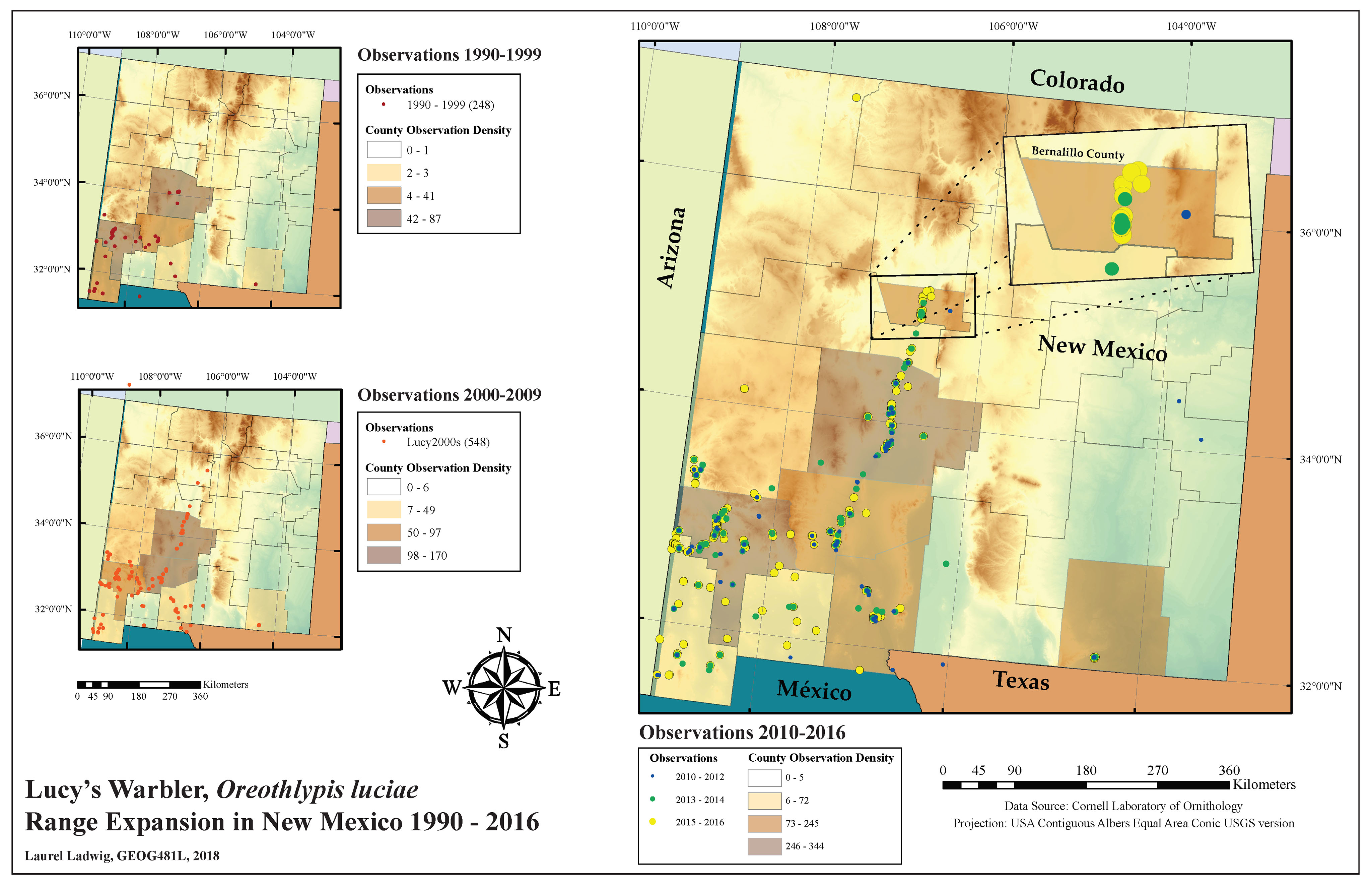 When Laurel Ladwig, a second-year Master’s student in the Geography and Environmental Studies Department, needed to create a map for class last spring, she knew just what she wanted to do.

An avid birder, Ladwig had spotted a Lucy’s warbler in Albuquerque in 2015 and wanted to better understand the bird’s range as well as how its range is documented. And so for her final project last semester in Dr. Su Zhang’s Map Design and Geovisualization class (GEOG 481L), she was inspired to look into the data and create a series of maps showing where in New Mexico the bird has been been spotted over the past two decades.

The ranges of many bird species have been documented to be expanding northward due to climate change, she explains. That may be true for Lucy’s warblers, too, as the tiny gray and yellow bird’s range has expanded northward into New Mexico. The birds live in the driest habitat of any warbler and are the only southwestern warblers to nest in cavities, usually in mesquite woodlands or cottonwood-willow riparian areas.

The eBird project was launched in 2002 as a “crowd-sourced” mapping project, and many ornithologists and birders have augmented it by entering their historical observations dating to the 1990s. The eBird reference dataset that Ladwig used included sightings from 1990 through 2016 and showed the northernmost sightings to be in Bernalillo County that year. A few sightings in Sandoval County in both 2017 and 2018 show a continuing northern progression.

Ladwig laughs when asked if she enjoyed making the map. “There’s a learning curve with GIS,” she says. “But I had help from other graduate students, too.” GEOG481L is taught each spring semester and is open to both graduate and undergraduate students.